The Guardian (UK) gives “Family” 4 stars in their album review calling it “a musically fabulous and lyrically compelling album.”

Click below to read on and pick up your copy now at Amazon.com

It’s hard not to view this collaborative album from the extended Thompson family through the eyes of the cod psychologist, given it how tortuous their family dynamic has been – Richard and Linda Thompson chronicled their disintegrating marriage on Shoot Out the Lights in 1982. The idea came from their son Teddy, who opens the album with the title track, which meditates on being the child of famous parents, stuck “betwixt and between/ Sean Lennon, you know what I mean”.

Associated Press reviewed “Family” this week calling it a “fine family album” with “lots of good listening.”  Check out the review below or visit ap.com

Review: A fine family album from the Thompsons

The dynamics of this supremely talented musical family range far beyond pianissimo and forte.

Teddy Thompson, who spearheaded the “Family” project, exaggerates only a tad when he describes his parents in the opening lyrics. “My father is one of the greats to ever step on the stage; My mother has the most beautiful voice in the world.”

Thing is, Richard and Linda Thompson split in 1982, when Teddy was 6. Both parents long ago remarried, but Teddy decided a family album would help with healing, even 32 years later.

And so we have a song contest that is confessional, collaborative and competitive. Teddy, his sister Kami, Richard and Linda contribute two compositions each, while Teddy’s brother Jack and nephew Zak Hobbs provide one apiece. Family members take turns pitching in with instrumental support and backing vocals via long-distance overdubs.

The result: lots of good listening and fodder for therapists. Richard and Teddy each perform a kiss-off song. Linda offers tender counsel to her male progeny. Teddy rates one sister as prettier than his other. Kami longs for solitude.

Toward the end, Richard serves up a non sequitur, “That’s Enough,” a protest song that rails against the one-percenters. Eight relatives sing backing vocals, and, at least musically, family harmony is finally achieved.

A family album in the truest sense, with everyone involved clamoring to be heard while competing for attention with people they love in their bones…conveying a love of musical expression that spans generations and keeps lending purpose to their lives. – NPR

To celebrate the release of their new collaborative album called Family (out Nov 17, Fantasy/Concord Records), Teddy Thompson, together with father Richard, brother Jack, younger sister Kami, her husband James Walbourne, and nephew Zak Hobbs, collectively dubbed Thompson, have confirmed a series of live performances for both London and New York.

The first two shows (already sold out) will take place December 18th and 19th at Kings Place in London, UK. The Thompson family will follow those shows with three nights at New York’s City Winery, January 29th, 30th and 31st, 2015, their only performances in North America.

Critical praise has come early for Family. The New York Daily News called the record, “A fall album not to be missed” while MOJO magazine profiles Thompson with a lavish spread in their November issue on the stands now. The project was featured with an in-depth profile in the New York Times Magazine this past Sunday and is a current First Listen full-album stream feature at NPR Music. A feature on NPR’s Weekend All Things Considered is still to come.

In addition, Richard, Teddy and Kami Thompson along with James Walbourne and Zak Hobbs are set to perform on BBC Radio 2’s The Folk Show with Mark Radcliffe on December 17th, one of the most highly regarded folk music programs in the UK with an audience of over one million listeners per show.

NPR says of the new album, “A family album in the truest sense, with everyone involved clamoring to be heard while competing for attention with people they love in their bones…conveying a love of musical expression that spans generations and keeps lending purpose to their lives.” 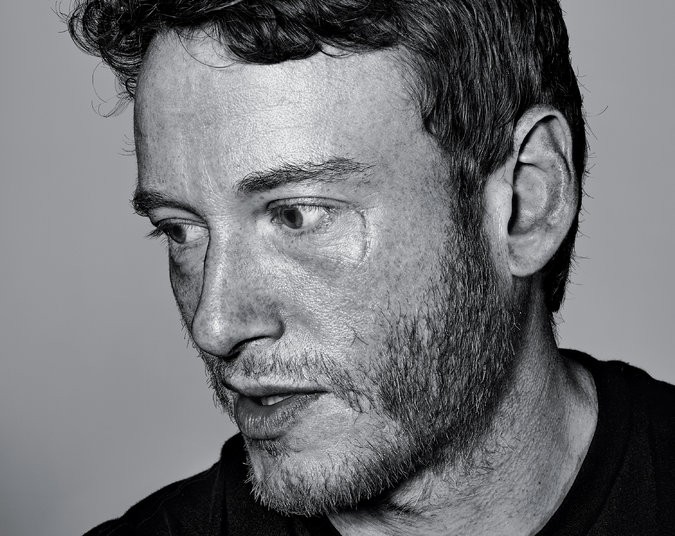 One evening last fall, Teddy Thompson stepped onto the stage at the Purple Crayon, a cultural center in Hastings-on-Hudson, not far from New York City. The venue regularly attracts established pop-folk singers, the kind embraced by the public-radio-listening, Subaru-driving locals; Thompson loosely falls into that category, although he has the louche glamour of a heartbreaker, as well as the reputation (“I haven’t been invited on the Lilith tour,” he once dryly pointed out in an interview). Tall, fair, lean and British, he sang that night, with what one admiring critic has called his “keening tenor,” a series of songs about failed relationships in which Thompson, single at 38, was usually the bad actor: “I was born with a love disease/It’s known as chronic hard-to-please.”